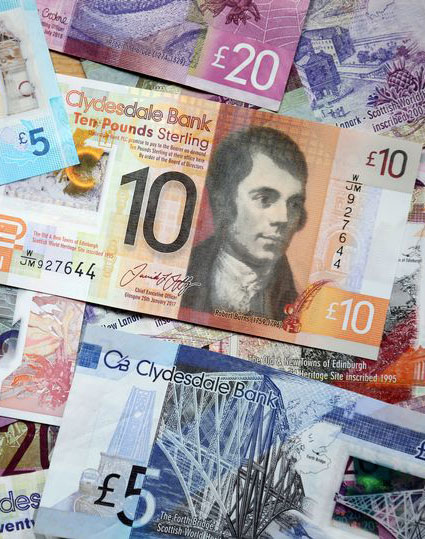 Scotland is getting known for missing out: sovereign wealth fund, public bank, oil bonanza; even now, it looks like a great deal of Scotland’s renewable resources could be scooped-up by foreign-owned companies, meaning Scots will pay higher rates for electricity that should be theirs for tuppence. And if that happens, it’s a crime against the Scottish people and their future prosperity.

Yet, there are still plenty of openings for Scotland to be one of the most successful countries in the gigantic energy economy. In fact, they could become a regional superpower. At the moment, all eyes are focused on the coming electric car revolution; there is work being done to transpose this into an electric plane revolution and, no doubt, an electric ship revolution. However, Scotland could take a bet that these revolutions may not occur in the grandiose and all- consuming manner which, so far, they have been portrayed. There is significant competiton and it is gaining momentum: hydrogen.

Hydrogen is green, portable and it give you more bang for the buck than its competitors. Current oil superpowers like Saudi Arabia and the United Arab Emirates are building massive solar panelled fields which will produce ludicrously cheap energy ($1.35 per megawatt hour). This electricity will be used to create hydrogen from water, to create clean synthetic jet fuel, and then the hydrogen will be shipped around the world. No need to restrict air travel until battery-powered electric planes can take flight, just convert them to hydrogen: it’s cheaper, greener and limitless.

We are witnessing the dawn of ‘green’ hydrogen – hydrogen made from renewable energy. In Saudi Arabia they are harnessing a combination of wind and solar from the Gulf of Aqaba to create green ammonia: a liquid form of hydrogen that can be shipped in tankers. Japan is taking delivery of it as a trial for a power plant.

The sun may just be glinting on the horizon of this energy transformation but the ascent looks to be quickening. In the US, Mitsubishi is building a hydrogen plant in an old coal mine; in Chile, Siemens Energy is constructing a wind powered hydrogen plant that creates a methanol, carbon dioxide mix which can be used in cars. This single plant will produce enough fuel to drive a million cars in five years’ time. In Germany they have developed a hydrogen paste, at the Franhofer Institute, that can be inserted into a car and will give better mileage than a full tank of petrol.

The pace of innovation is exciting. As fossil fuel prices rise, sector after sector becomes susceptible to an hydrogen transition. Ultimately, it could cut carbon emissions by 45%, and direct renewable energy can do the rest.

Yet where is Europe’s largest source of renewable energy? At the moment, Scotland is selling off its capacity and letting other companies profit, just like Chile above, who will get far less than Siemens out of the success. It is not acceptable. The technical ability is here, or almost here – one of the leading firms in the world for hydrogen fuels is based in the north of England. We can access the skills alongside developing our own, and put our rain, wind and wave power to work. Scotland should be like Saudi Arabia: own the project; own the profit!

There is a coming fork in the road and it splits on the question, how will cars be powered in the future? For many, the answer is already apparent: batteries and electricity. However, the consequences of this are not always explained. A full conversion to electric vehicles (EVs) will mean far less car ownership. It would undermine the nascent eco-friendly world if we started destroying it by mining all the minerals required for EVs in similar numbers to today’s car population. A world of EVs is a world of limited, perhaps shared car ownership.

This is not a future hydrogen cars offer. Carbon neutral, limitless energy that is powerful and efficient are the type of car that this technology promises, and you can have your own, with the choices that allows: take a drive; go across the country; take it abroad; personalise it – it’s yours.  People want to keep their cars in the same way they want to keep their foreign holidays. In that situation the demand for hydrogen is going to be gargantuan.

Scotland, if we start now, can be well-positioned for a situation that will start arriving in the mid-2020s and will continue for decades. Let’s not miss this opportunity.