The Independence for Scotland Party (ISP) wants to build a pro-independence majority in Holyrood, and provide a political home for those who don’t feel properly represented by existing independence parties 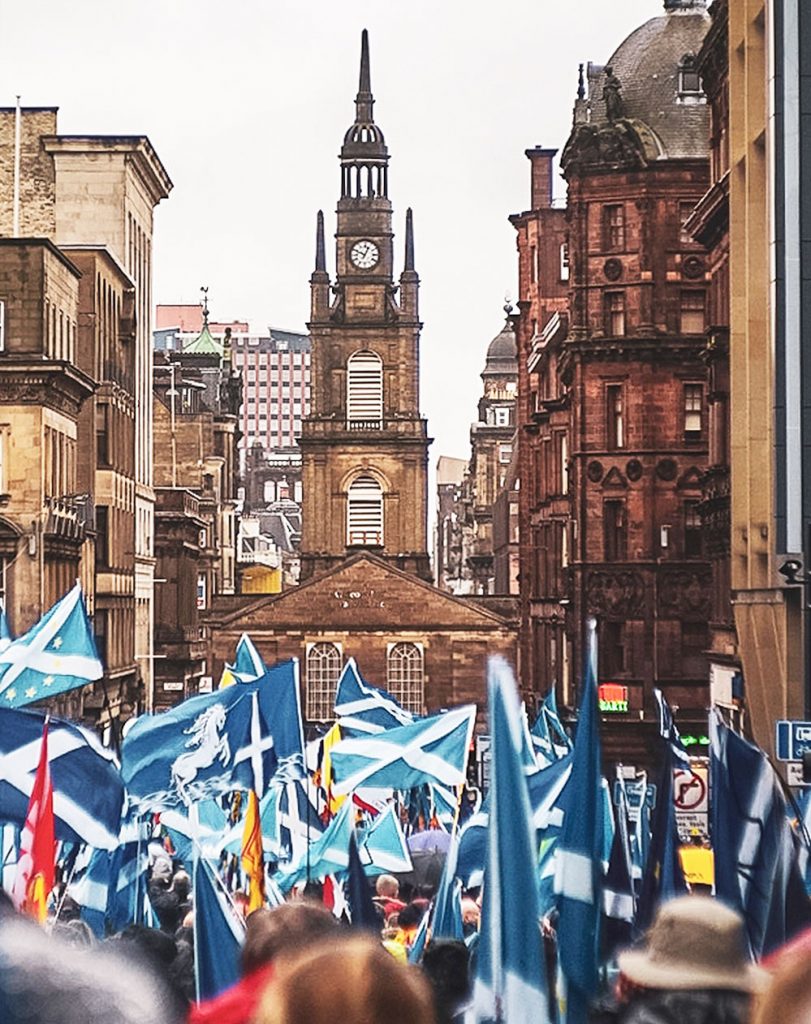 The ISP is a grassroots party comprising members of the wider YES community, many of whom are former SNP members.

They are people from all walks of life and different nationalities, united in a common goal of wanting to see Scotland as an independent nation once again.

The ISP believe that no political party has a right to expect peoples votes, especially when they have failed to deliver on promises made in previous elections.  Scotland’s Parliament is sovereign and it remains for the people of Scotland alone to decide how they are governed and by who.

The ISP is focused on Scottish independence as its primary goal as well as providing political balance to what has become a largely single party system representing the Independence message.

Scotland is divided into 73 constituencies and each constituency elects one MSP. These constituency MSPs and are elected by ‘first past the post’ in exactly the same way as MPs are elected to Westminster. This is the elector’s ‘first vote’.

The ‘second vote’ is used to elect 56  regional (list) members. Scotland is divided into 8 parliamentary Regions and each region elects 7 regional MSPs. In the second vote the voter votes for a party rather than a candidate. The parties are then allocated a number of additional members to make the overall result more proportional. The regional MSPs are selected from lists compiled by the parties. These MSPs are also sometimes referred to as List MSPs.

It’s increasingly recognised that if a party wins a lot of seats in the Constituency Vote it’s much less likely to win additional seats in the Regional Vote.

The ISP therefore only plan to stand on the Regional List for the Scottish Parliament elections in 2021 as other Independence parties are much better placed to win big  on the Constituency Vote.

The ISP is campaigning for your Regional Vote in order to maximise a pro Independence majority in the Holyrood.  It’s all about maximising Independence MSP’s after all. 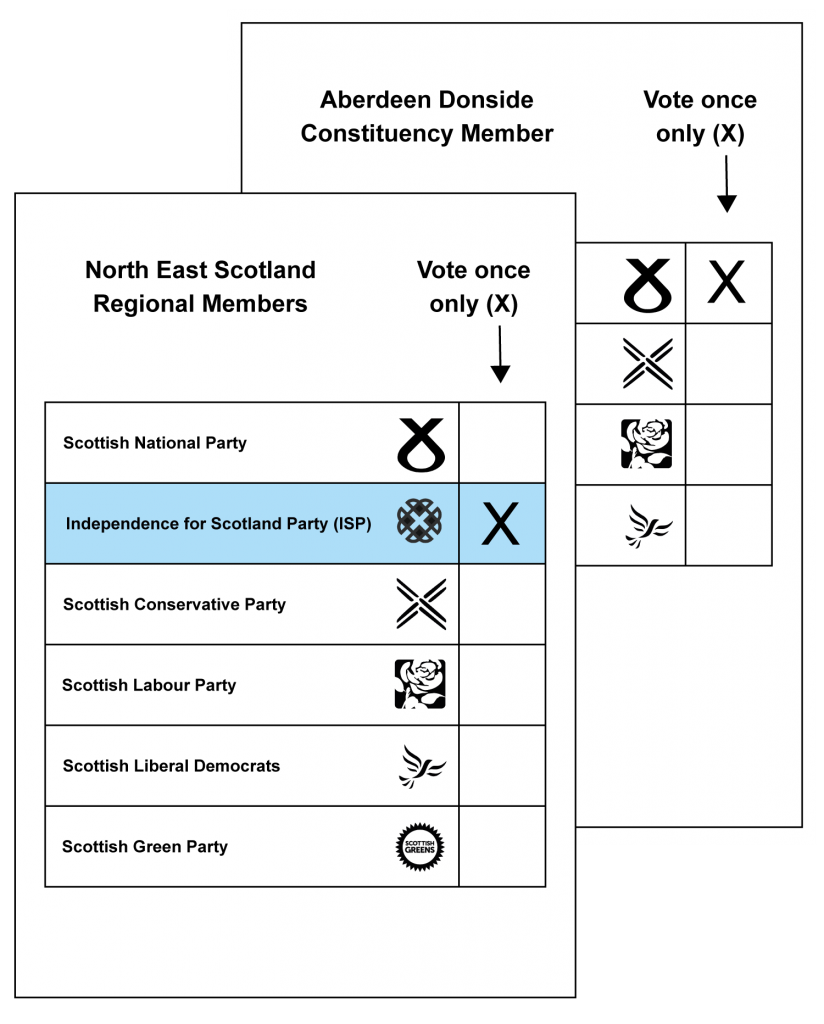 The Scottish Voting System and Winning a Pro Independence Majority

The Scottish Parliament is elected using the Additional Member System and this is calculated according to the D’Hondt method. Whilst not overly complex, it does take a few minutes to understand how this system works.

The video provides a walk-through example of how parties standing for List Seats are allocated according to the votes cast.

Show your support for Scottish Independence by becoming a member

Your generosity makes our work possible. Any amount is appreciated