The ISP Executive Committee is made up of its founders, and members of the public, from all walks of life who have committed to working towards Scottish Independence 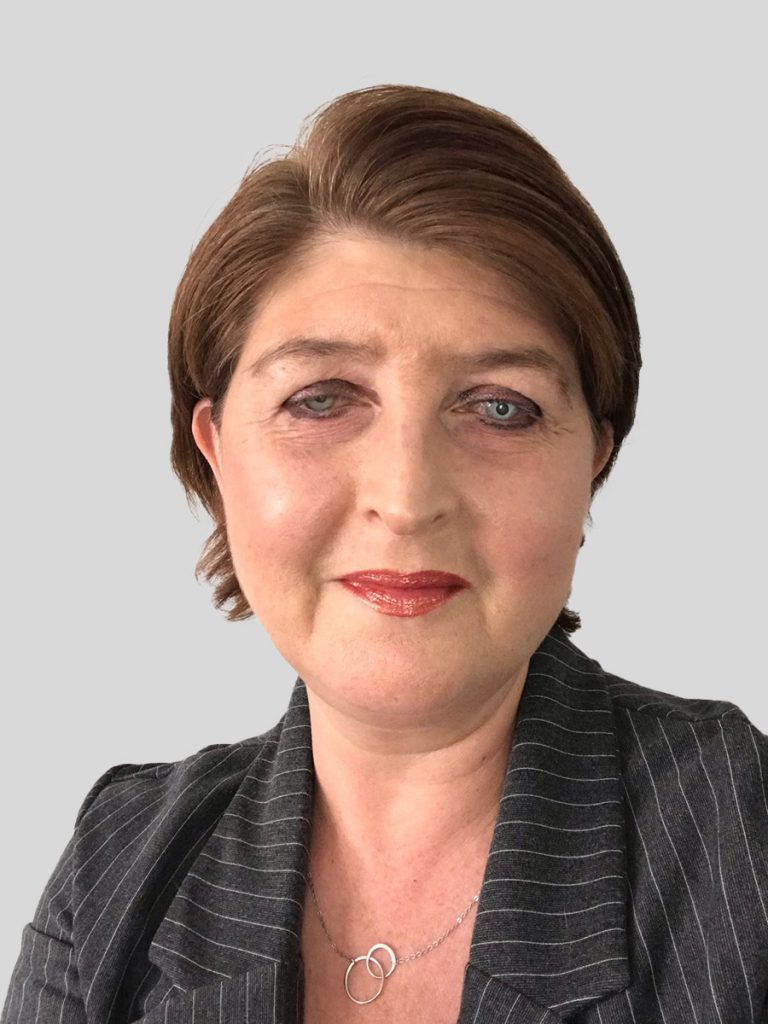 Scottish independence has been a passion of mine for many years and I feel that an independent Scotland would be a country that would look after the most vulnerable in society better than we do currently.

I became more actively involved in politics after the birth of my son who is disabled, having to be his voice to deal with the inequality that still exists in society.

As leader of the ISP, it’s been a lot of hard work building the party up to where it is now, and I am so proud of all the hard work the members continue to provide to win Scottish independence.

I was a member of SNP for three years, where I was branch womens' /equality officer. I had a resolution passed at conference in 2018, supporting ‘Scotland the brand‘ looking into food sustainability options.

I have been on the executive committees of Women for Independence (WFI)  & Scottish Independence Committee (SIC). I am also involved with many cross-party groups within the Scottish Parliament.

The one main thing in my life I am most proud of is my son. Through all his challenges, he continues to thrive with a smile on his face and it’s for his future I want Independence.

Outside politics I like to go for long walks with my guide dog,  meeting up with friends for a meal. I love travelling and look forward to going back to New York.

We have encountered so many changes recently , between Brexit and COVID19, so let's make the next change Independence for Scotland. 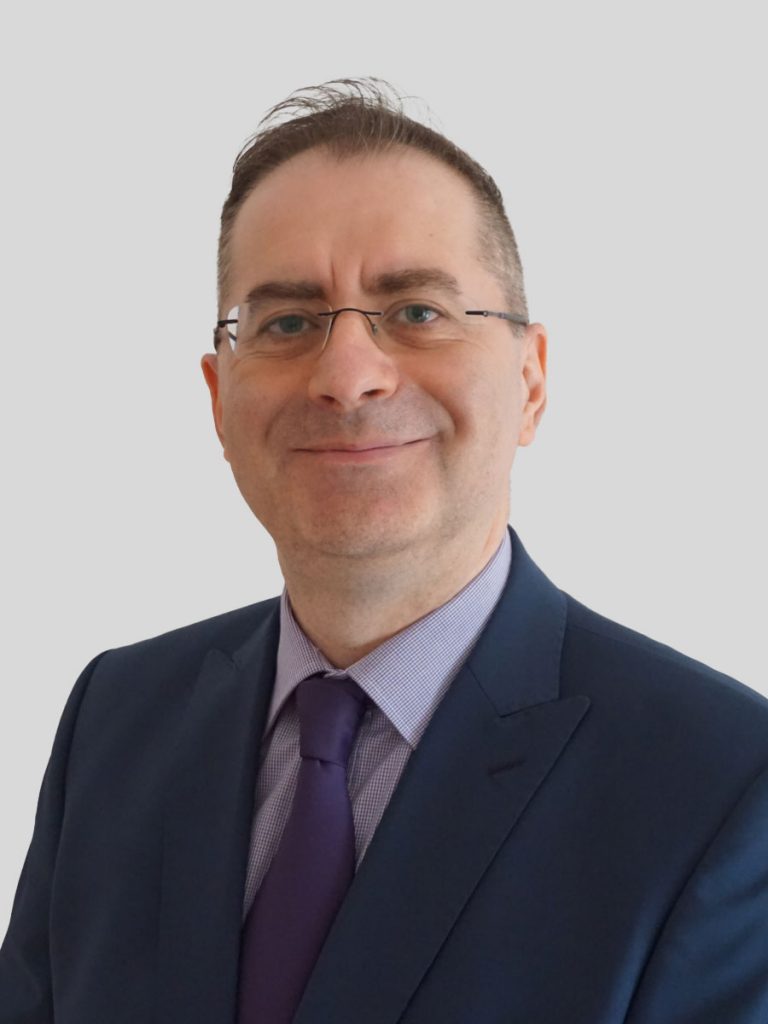 Kevin joined the ISP when it opened for membership. He was attracted to the running of the ISP by grassroots volunteers and its focus on Independence. He also supports the fact the Party don’t and won’t accept funding from lobbyists or corporate donors as he believes there is no place for this funding in politics. He would like to see Holyrood legislate for this as soon as Scotland declares independence so that parties seeking election in an independent Scotland are focussed entirely on the people of Scotland and not a paid for agenda.

He is looking forward to the publication of the ISP's vision of an Independent Scotland in the 2021 Manifesto.

Kevin is the Party’s Nominating Officer. He is responsible for the Party’s Vetting Process and the submission to the Electoral Commission of those members selected as Candidates to represent the ISP at local and national elections.

In his spare time, Kevin loves a bit of history, black and white movies and cooking Indian/Nepalese food as well as walking. He hasn’t quite mastered the art of doing all of these things at the same time.

Kevin worked for nearly three decades in the public sector in various management roles but set a new course in 2014 in the financial services industry where he currently works full time. 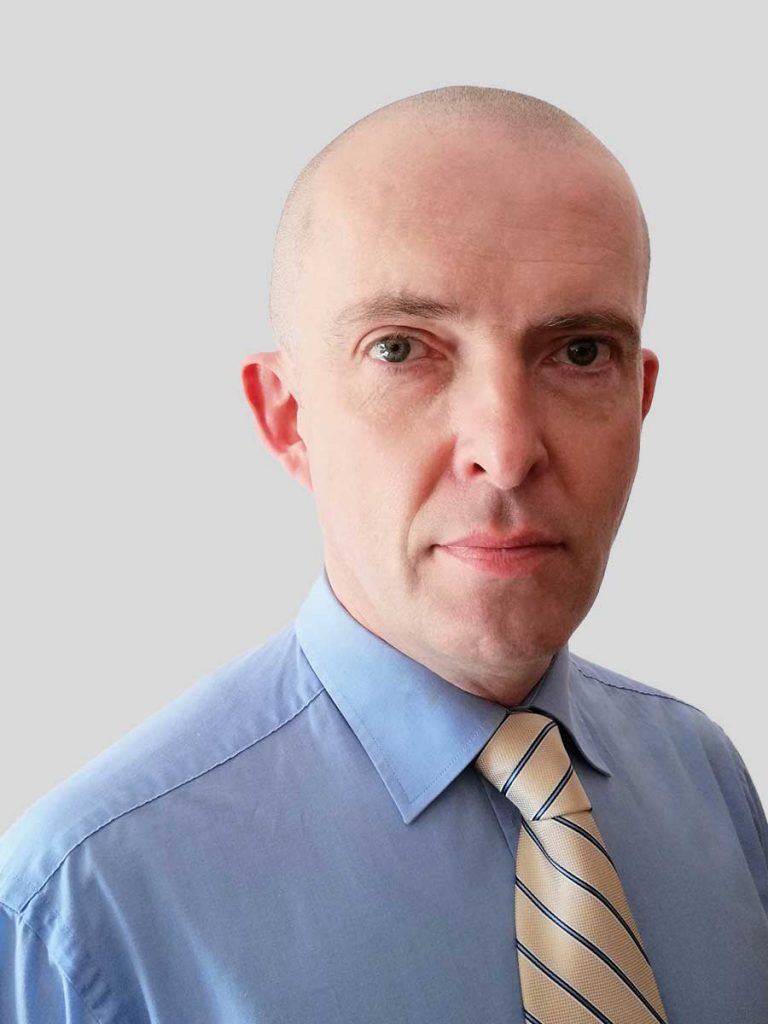 I am in the ISP for independence.  Nothing less.

When my nephew and niece were born, independence seemed inevitable but now that I’ve seen these babies become adults, I’m angry that people in Scotland are hearing the same reheated excuses, obfuscation and lies.  Three mandates is two more than was needed after England voted for Brexit.  At the last general election, I saw Neale Hanvey attacked by a minority element in his own party for supporting women’s rights, so was relieved when ISP was founded: pro-independence and pro-equal rights.

As the creative on the executive, I’m responsible for the multi-media messaging of the ISP.  I’m also very proud to be the Branch Organiser for Mid-Scotland and Fife.

Most folk list degrees or sporting achievements among their successes, but while I enjoyed both rugby and martial arts, simply getting to university felt like a dream. My parents sacrificed a lot for their children, and getting that offer was not only the best day of my life but probably theirs too. I’d be kidding no-one if I tried to claim that finally being made manager of a huge bookshop after ten years of working my way up from the stockroom wasn’t also a thrill. My proudest moment was when Kinghorn Library was renewed and finally received the keys to it after months of effort to save this valuable resource for the community.

After twenty-four years in retail and direct marketing, I decided to change career, returning to college to study furniture-making which is what I wanted to do when at school – and it’s from working with Scottish hardwoods that I’ve really engaged with the environment. 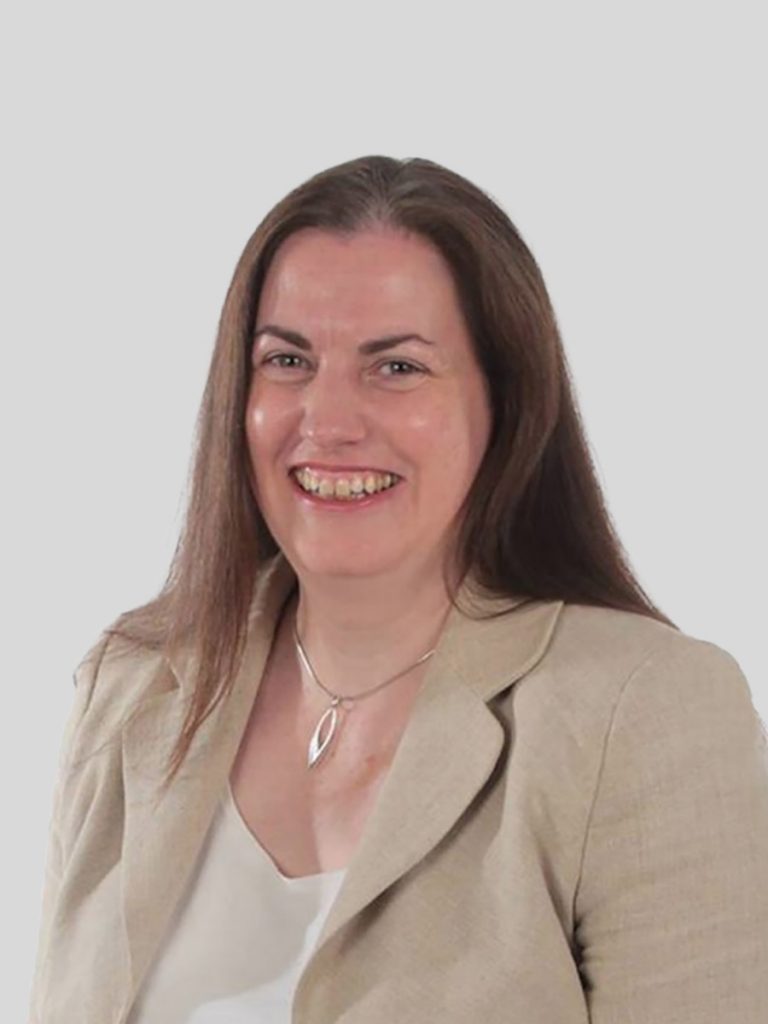 Julie originally trained to be a professional musician, but her life changed when her mother became ill and she became her full time carer.

She was a prominent campaigner for Monklands Hospital when its A&E was under threat of closure. The hospital was saved and she got involved in health politics as part of the Scottish Health Campaigns Network, later joining the SNP in 2010.

She became a councillor for North Lanarkshire in 2012 and was noted for bringing attention to the situation surrounding the Mears housing property contract in 2015. The leader of the council subsequently resigned and a full investigation of the council’s procurement practice was launched.

She left the SNP in 2017 and joined ISP in January 2020. She splits her time between teaching, playing and fighting for Scottish independence. 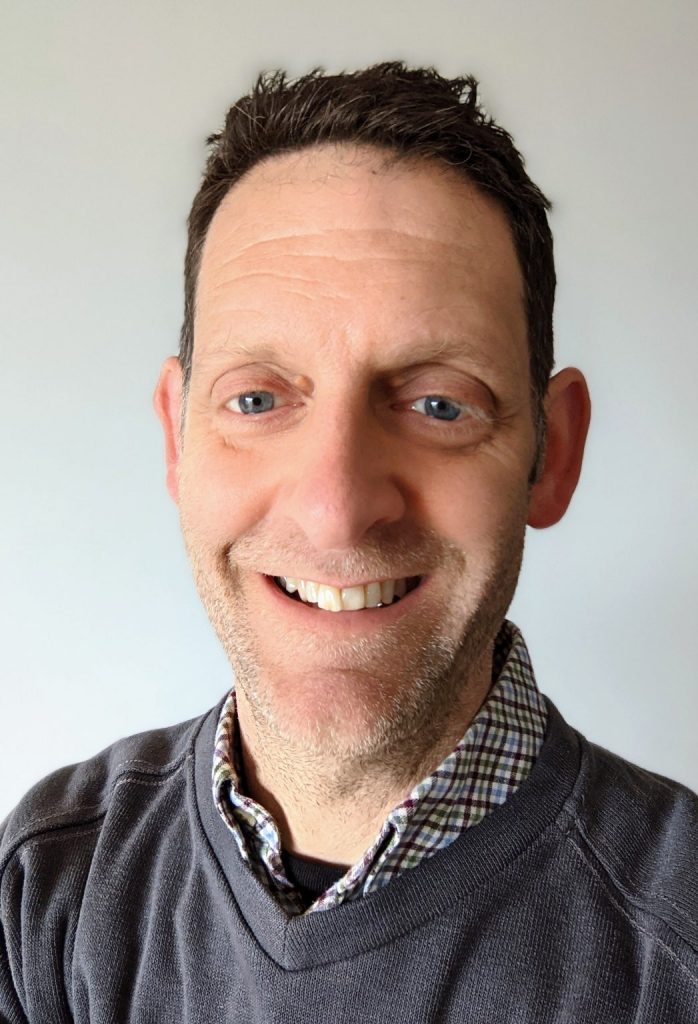 Nick is an architect who, along with his wife, established their own practice back in 2006 after working for large architectural practices in Glasgow, Edinburgh and Singapore.

Raised in Caithness, Nick studied for his Architectural degree in Plymouth before transferring to the Mackintosh School of Architecture to complete his Diploma and final qualification as a Chartered architect.

Like many he joined the Scottish Independence movement in the years immediately before the Referendum in 2014 but resisted the temptation to join a party until 2017 when he joined the SNP just before the June 2017 snap election. However, in the subsequent years he became increasing despondent in the direction of the party, the numerous false promises, and the overall policy direction.

In May 2020 he finally decided to leave but shortly afterwards noticed the Independence for Scotland Party. He was impressed with the policies and aims of the party, in particular the position on UBI, rural communities and Scotland’s place within Europe.

After joining the party in June 2020 Nick has enjoyed the experience of helping a small party develop from the grassroots upwards and having been Branch Convener of the West branch of the Party since October 2020 Nick now takes over the role of Party Treasurer. 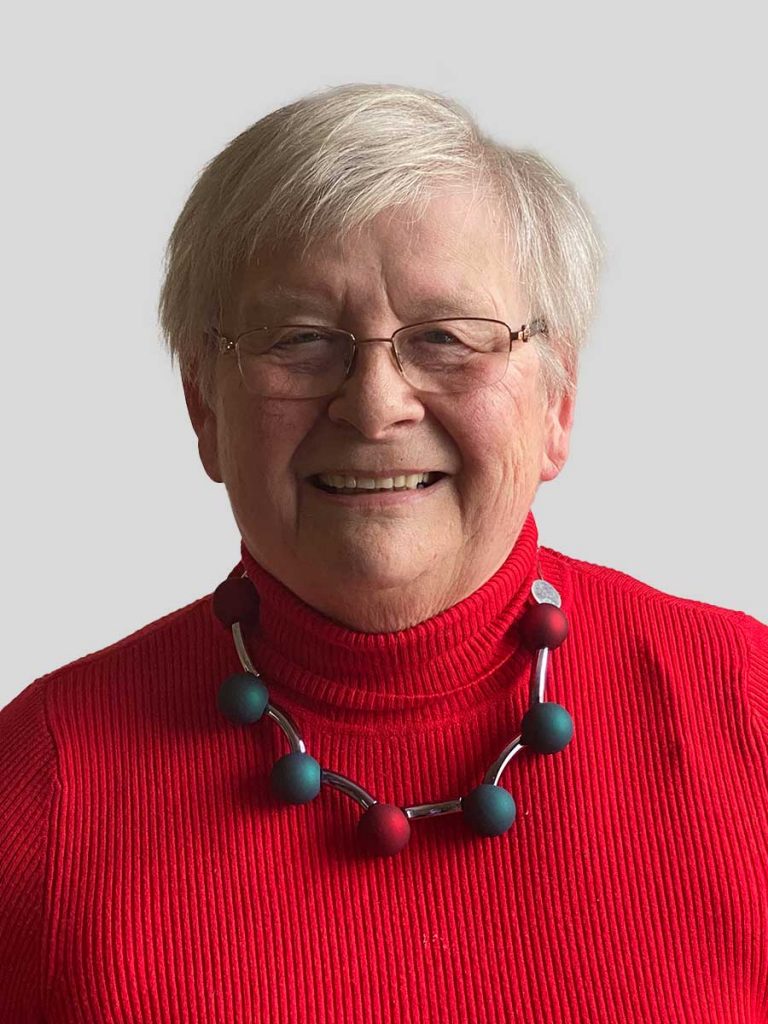 I first voted for Scottish Independence in 1979 and have done so ever since. My journey to the ISP was two-fold.

Firstly, I became disillusioned with the Party I was in because in my opinion they were not using the mandates given by the Scottish people following the last referendum, and some of their new policies were very prejudiced against women.

Secondly, I first came across the ISP at an AUOB event in Glasgow in February 2019 and was immediately drawn in by their passion for Independence, the route they were seeking to fulfil that passion, and, last but not least, their honesty - a rare thing in Politics these days.

My current function within the ISP is Party Treasurer and part of the Executive Committee. This means I am part of the group that is tasked with making the decisions upon which the Party functions until such times the membership vote for change.

I was educated at Langholm Academy and completed my education at Carlisle Technical College. Throughout my life, care and compassion have been the foundation upon which I built my career and dealt with people on a one to one basis.

Prior to the births of my two sons I was in partnership with my father running a grocery store in a small Border village.

Shortly after returning to work we moved to Carlisle where I took up a post within CCC Housing Dept. Over the years my career progressed to where I became Supervisor for all the Sheltered Housing Units run by the Council also overseeing the Care-Line Private Sector call out service for a short period.

I took early retirement 1999 when Carlisle City Council took the decision to sell off their housing stock to a private Housing Association.

Care and compassion were always my cornerstone and remain so today. This is what I saw in the original founder members of the ISP. I also believe that every person and every Country should have the right to stand on their own feet, make their own decisions and mistakes - it is through mistakes that we grow.

My overall goal is to see Scotland become an independent nation. I am but a small acorn along with other members, but from small acorns big oak trees grow, and the ISP is growing fast and not going away.

My hobbies - who has time for hobbies in politics! Hobbies become less the older one gets, so these days I am reduced to reading, listening to a wide rage of music from 60’s pop to light classical, writing the occasional blog, playing a few holes of golf, and socialising with friends when COVID allows. I love to travel.