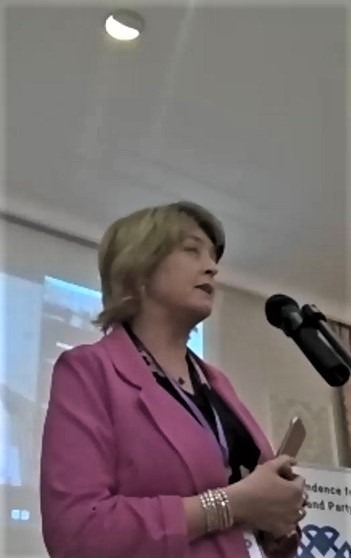 Recently, delegates from all over Scotland converged on Perth for the inaugural ISP conference. Its purpose was two-fold. For a political party formed at the height of lockdown restrictions, it provided an opportunity for members to meet face-to-face, some for the first time (while, of course, maintaining social distancing!). The serious business of the conference was to reaffirm our purposes and consider new proposals put forward by the membership.

As the introductory resolution, Conference reaffirmed the party’s commitment to independence and affirmed unanimously by acclaim that Scotland has the right to self-determination at any point of its choosing and that the people of Scotland are sovereign in this decision. Conference also called upon the Scottish Government to begin withdrawal from the 1707 Treaty of Union as mandated by the express will of the Scottish people electing a majority of pro-independence members to the Scottish Parliament in May.

A number of new proposals on various topics were submitted by regional branches and were confirmed by the membership:

Should an independent Scotland be a republic, with an end to the feudal system on the death of the current monarch, to enable meaningful land reform and end the deference and advantage conferred by merely inheriting a title? This was unanimously agreed, as was the proposal that there should be no investiture, coronation or recognition of a new monarch without a majority in a general referendum on each new succession to the monarchy. It was reaffirmed that all citizens should be equal before the law, with no use of titles to refer to individuals or their claims to property.

Even with diminishing use of fossil fuels, there will continue to be a need for hydrocarbons in plastic production for things like medical instruments and other essentials.

Conference endorsed the establishment of a state-owned and operated Scottish energy company to ensure a careful and just transition from oil and gas, phasing out supply from foreign countries. This would prevent the situation where BiFab (in Fife) recently lost contracts for wind turbine jackets for the Seagreen development (also in Fife) which are now being brought from Indonesia. This move will allow the financial proceeds for transition to benefit the people of Scotland and protect the large number of North East jobs involved in the oil and gas industry and whose sudden loss would be catastrophic.

Passed by acclaim with no amendments.

Conference acknowledged the problems caused particularly in rural areas by the explosion in holiday homes and short-term lets, forcing people from the communities they have grown up in, and making it difficult if not impossible to attract workers to rural areas. In response to this, Conference unanimously agreed to the following measures: To create a register of tourism properties, including short-term lets; to urge the Scottish Government and local authorities to support community buy-outs for housing projects, and community purchase of land for new builds.  Existing properties should be modernised with green credentials, and a community wealth fund should be created to incentivise and support homegrown businesses in rural communities. 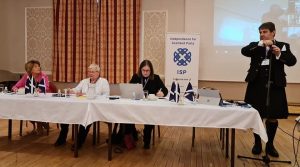 In the wake of the murder of Sir David Amess, conference unanimously agreed that there should be an urgent re-assessment of the safety of elected members at their surgeries and other public places; that police should pursue violent threats and doxing against elected members on social media; that Twitter and other social media must revise their procedures so that action can be taken swiftly and effectively against anyone misusing it; there must be a ban on anonymous social media accounts; that political parties crack down on bullying and indiscipline in their ranks; and an aggravating factor be added in charges against people who physically attack elected members when they are acting within their elected role.

Conference endorsed the proposal for enhanced protection from the Scottish Parliament for Scotland’s 39 designated battlefields to prevent adverse effects on the battlefields, with the power ultimately to ban major land developments on historic sites. Currently the decision rests with the local authority, which will no doubt be operating under financial constraints, making them a target for developers. It was also agreed that repeated applications by developers should be outlawed.

This proposal was passed, plus amendments extending the provision to include the historic scenes of witch trials, and for community councils to be given more powers over historical sites in their area, with local people able to record significant sites through these councils to ensure their preservation.

With the recognition of the importance of free journalism and other media, it was felt that Scotland needs its media protected from disinformation and foreign interference. Conference agreed that ownership of BBC Scotland should be administered via a Scottish-based organisation, independent of government, and all political parties registered with the Electoral Commission should be able to air their views across all media, in order to promote and widen public participation. An investment fund should be created to support local media.

All Scottish national sporting events shall be broadcast free of charge in Scotland, on a joint-broadcast basis if needed, so that such events may be broadcast by pay-per-view providers to viewers outside Scotland but will always remain free for the residents of Scotland.Further, the ownership of media rights by sporting organisations like the SPFL must be challenged by the Scottish Government.

Conference recognised the detrimental impact on children in the poorest communities during lockdown due to the uneven availability of digital access. SQA data confirmed the attainment gap between the most-deprived and least-deprived areas of Scotland widened last year. The pandemic has led to new ways of working and learning, and remote learning had a detrimental effect on the poorest, worsening inequalities across the spectrum, including education. Online learning exposed different levels of knowledge of digital formats and delivery. However, it is agreed there are benefits to remote learning and working going forward, but which need to e enhanced to benefit all.

Following the European Union’s Digital Education Action Plan, conference agreed that the Scottish Government should be required to support the sustainable and effective adaptation of education and training to the digital age, fostering the development of a high performing digital education ecosystem, enhancing digital skills, and including free installation for all households.

This provision was extended to include ALL children, including those with additional needs, to ensure that education becomes easily accessible to all. 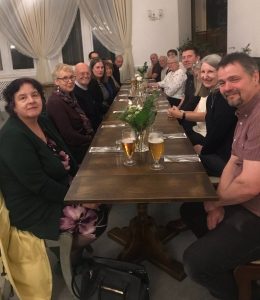 Highlighting the difficulties posed by over-centralisation and lack of accountability of government to the electorate, we felt the need to ensure that the Scottish Government should never be able to impose unpopular policies with limited oversight or accountability. Conference adopted the resolution requiring a mandatory referendum of the population on changes to the future constitution and/or legislation affecting more than 30% of the population before such changes can be made.

An optional referendum must be called on an issue raised by a petition signed by more than an agreed number of voters as laid out in the constitution. These provisions would not apply to emergency legislation relating to national emergencies such as the covid pandemic.

Reflecting the concerns of many people over the Scottish Government’s recent proposals on gender affirmation by schools of children as young as four, conference unanimously agreed to reject any guidance which affirms children’s gender while simultaneously keeping this knowledge from parents/carers.

Gender Self-Identification and the Protection of Single-Sex Spaces

Acknowledging the current furore over the Scottish government’s proposed legislation allowing self-identification of males as females and therefore gaining access to women’s single-sex spaces, conference noted that the ISP already opposes any extension of the Gender Reform Act 2004 which would allow self-identification of gender identity, principally concerned with males identifying as females in order to access female single sex spaces.
Conference considers that provision of single sex spaces must be reiterated as already being covered by the Equality Act 2010 and confirmed as applying to such things as spaces in prisons, hospital wards, women’s refuges, changing rooms and toilets. It must also apply to women-only shortlists.

Conference additionally calls upon Scottish sports bodies to review their policies on women’s sport and consider that these should be kept single-sex.

Full texts of the resolutions are available here.