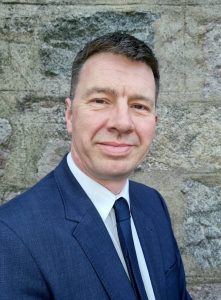 I have lived in Aberdeen and Aberdeenshire since coming to study Engineering at Robert Gordon in 1985. I have worked in the oil industry since leaving University and believe that a state energy company in an independent Scotland will revitalise the North East and Scotland. Money from oil can be directed into developing a green energy sector that the world will envy.

Locally I intend to promote and vote for the rights of women and girls to single sex spaces and services, especially in schools, and the right to have single-sex sports.

I intend to tackle the underfunding of Aberdeenshire by the increasingly centralised Scottish Government. I believe decisions affecting local residents are best made by those who live and work here.

I will also support investment in council or social housing. Too often “low-cost housingâ” is out of reach of average wage earners.