show that Scotland ranks 8th in the UK for child poverty.  The government’s own figures show the North-East of England was worst of all the regions and nations, at 27%, and strangely the best 3 were the South East (12%), East of England (11%) and South West 11%.

The figures show the percentage of children under 16 living in absolute poverty, defined as being in a family whose income is below the level needed to maintain basic living standards of food, shelter and housing, measuring disposable income after taxes and includes benefits payments.  People fall below this poverty line if their income falls below 60% of the median UK income as it stood in 2011, adjusted for inflation. However you dress it up, these are scandalous statistics when no child should be in poverty in a rich country.

go into hibernation for periods of time or cut their hours as the only way to stay afloat in face of growing threats to their viability from colossal energy costs, lack of disposable income and uncertainty over the future.

are becoming the last line against poverty in many depressed areas of Scotland, setting up warm banks so that people will literally not starve or freeze this winter. Secular organisations are involved as well, but little can disguise the gap that exists between the wealthiest and the poorest in Scotland.  Finland has one of the most equal societies in the world, with the lowest gap in pay between richest and poorest, a generous benefit system, a refusal to allow private schooling, and public schools which provide every child a meal.  Why can’t we be more like Finland?

is disappearing from stores according to #keepScotlandtheBrand founder Ruth Watson.  Lidl used to store copious amounts of Scottish butter and milk but it is becoming harder to find.   The Coop has reiterated its commitment to Scottish produce.

The ‘supermarket effect’ on Scotland’s agriculture cannot be underestimated.  Shetland only has two dairies left, due to the supermarkets shipping mild and butter up on the ferries, meaning that 10 farms no longer supply Shetland Farm Dairies since 1994.

Martin Burgess of Quendale Farm says it is pressure from the UK and Scottish governments which are ‘wrecking the ability of Scotland to feed itself’.  Supermarkets sell milk below what it costs to produce.

NFU Scotland milk chairman Gary Mitchell says farmers are being driven out of the sector.  UK milk cooperatives have expanded processing plants in England and Wales, but Scotland has not fared so well, with 100 million litres a year of Scottish milk having to be sent south for processing.

Should the wealthy pay

a fixed charge for GP consultations?  Some GPs have suggested this as a way of reducing pressure on GP practices and subsidise current ‘funding streams’.  Numbers of GPs have fallen by nearly 2000 since 2019.  Patient numbers are 1.8% up and 75% of GPs responding to BMA Scotland’s wellbeing survey earlier this year said they would quit the profession, retire early or cut their hours due to excessive workload.  Fewer than 20% of GPS would recommend their profession as a career option.

The 2018 Scottish GP contract called for multidisciplinary teams of physiotherapists, pharmacists, mental health workers and nurse specialists available to each practice in Scotland but employed by the local health board. But shortage of the required professionals has curtailed this.  The lack of GPs mean practices can be summarily shut down over the heads of patients with no option to meaningfully object

A Turkish shipyard has been announced as the preferred bidder to build two new ferries for the Uig, Tarbert and Lochmaddy routes.  The Cemre Marin Endustri AS yard will get the contract if all goes well following a 10-day standstill period and CMAL will thereafter confirm costs and delivery dates. The Scottish-government owned Ferguson yard did not even bid for this contact.

ISP wish you all a very happy and Independent New Year.. 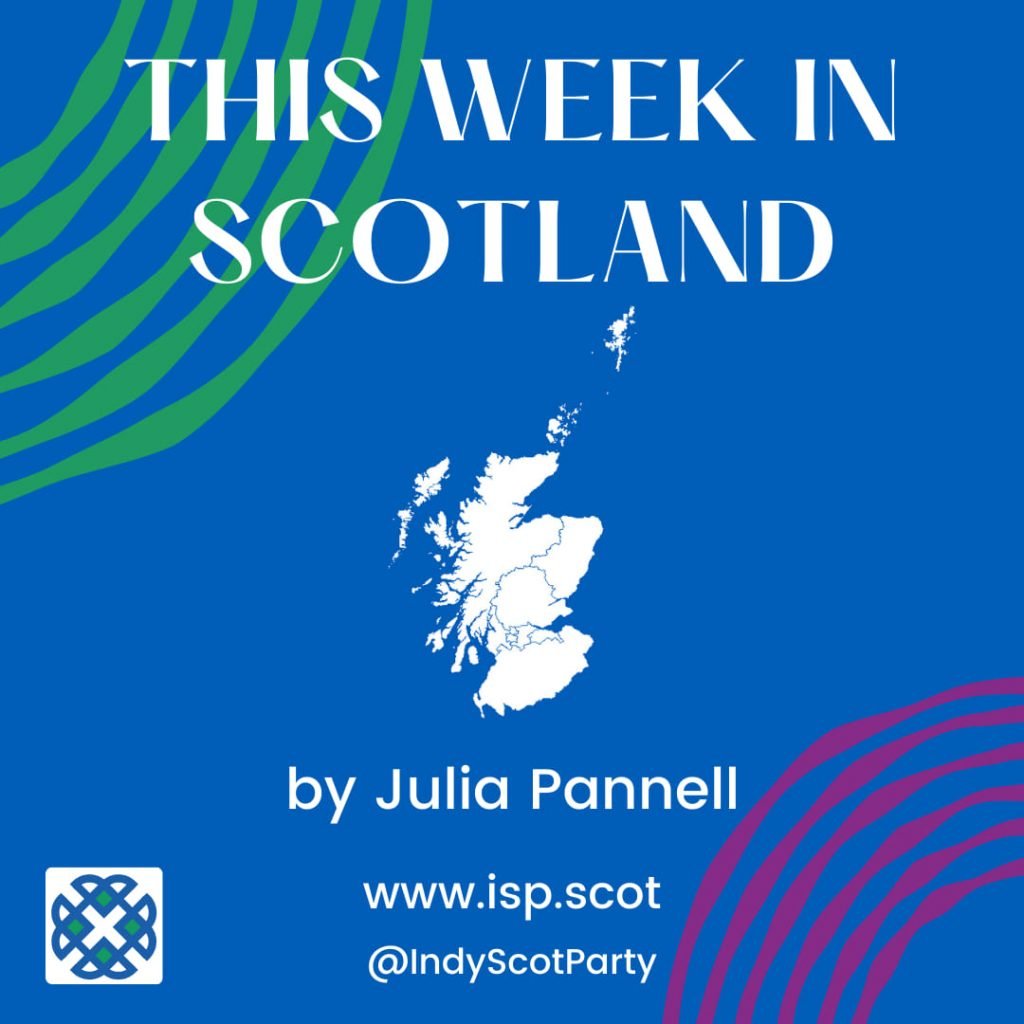