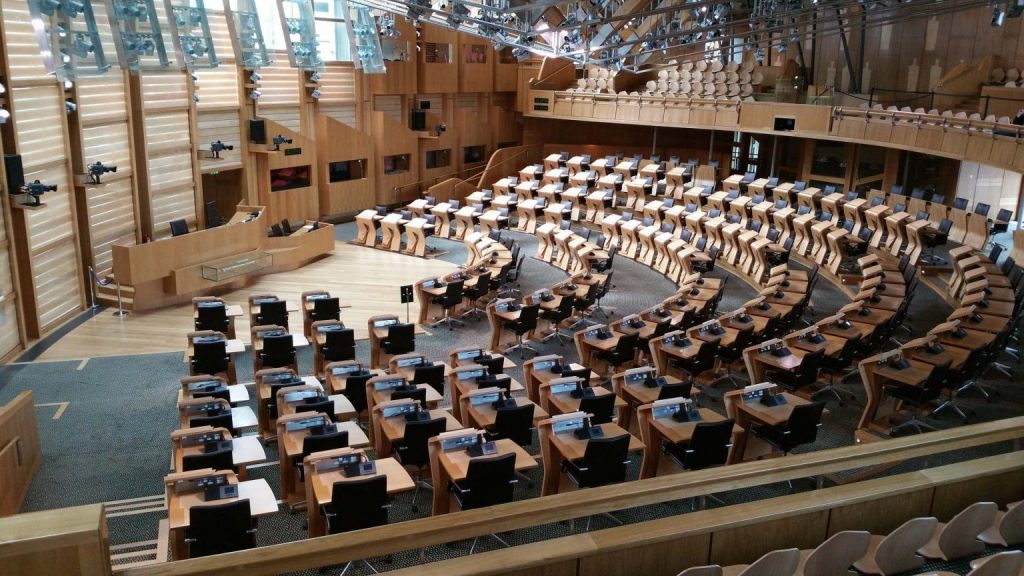 I WAS not surprised at Alyn Smith’s support for both votes SNP . After all, the SNP may now need list votes as the supremacy they had on the projections for constituency seats is falling, largely due to their inaction on independence and their attacks on women’s rights under GRA and the Hate Crime Bill. That has been a self-inflicted difficulty.

But I do not believe the people of Scotland will regard list indy parties as a “brazen attempt to game our democracy”. If we vote for a different indy party on the list, why is that less legitimate than voting for the Greens? “Both votes SNP” essentially means you are voting twice for the same thing, so wouldn’t voting SNP in constituency and a different pro-indy list party be an even stronger mandate for independence?

The D’Hondt system was designed by Unionists to ensure Unionism remained strong in Holyrood, at a time when Unionism was much stronger in Scotland. But it no longer reflects the reality of modern Scotland. Independence support is now well into the 50%+ numbers, but we struggle for even a majority in Holyrood. We have to rely on the Greens. Perhaps we need to adopt a Single Transferable Vote system for Holyrood, or at least a different proportional representation system.

It is becoming clear to many that a list vote for the SNP is still largely a waste. This is because if the SNP does well in the constituency vote (first-past-the-post), it will do correspondingly badly on the regional (list) vote. That is just a fact. In Alyn’s area, Mid Scotland and Fife, the figures are stark. In 2016, the SNP got eight FPTP seats. On the list they got 120,128 votes which yielded them NO EXTRA SEATS.

2021 is projected to give them nine FPTP seats, and 102,267 regional votes again yielding NO extra seats. How is that anything other than a wasted vote? The Independence for Scotland Party (ISP) website has a region-by-region breakdown of the effects of list voting in 2016. Chief statistics? 750,000 SNP list votes nationally yielded NO extra seats, and one million list votes yielded respectively 45 Unionist seats but only four SNP. Past behaviour is generally a predictor of future behaviour, so the outcome this time for the SNP will likely be the same.

It is not gaming the system to work within the only system we have and use it to our advantage, in the same way that Unionist parties sometimes seek to step aside in favour of whichever one has the best chance of election. The ISP chose to stand aside from this election to get behind one vehicle to deliver independence. Many electors feel that Alba is that vehicle. Like the ISP, Alba only emerged in the vacuum over independence created by the SNP.

I did find it disturbing how airily Plan B was dismissed. How is Plan B taking the people for granted? Voters need an alternative to vote for if they feel Plan A is going awry. Alyn says we do not have a mandate for a referendum yet? We have Westminster majorities in 2015, 2017 and 2019, in Holyrood in 2016 (in coalition) and legislation in place for another referendum. We have red line after red line being crossed (austerity, Brexit, No Deal, the Internal Market Act…). How many more mandates do we need to get to the ONE mandate which counts? It is certainly optimistic to think Westminster will take a strong cohort of SNP plus Greens seriously next time, when that is exactly what we already had at Holyrood and apparently it is not enough.

Scotland’s future is not a game, but I suggest that too many SNP politicians have taken the electorate for granted. That is why new parties have emerged who put independence front and centre. If the ISP had not emerged last May –with a range of policies, not just independence – other parties like Alba would not be here now. The new parties have forced a fight because Scotland cannot afford to wait any longer for the SNP to act. We need independence for all the challenges ahead, and if we do not get it now, it will not be a generation to independence, it will be a lifetime.