Without Claim of Right 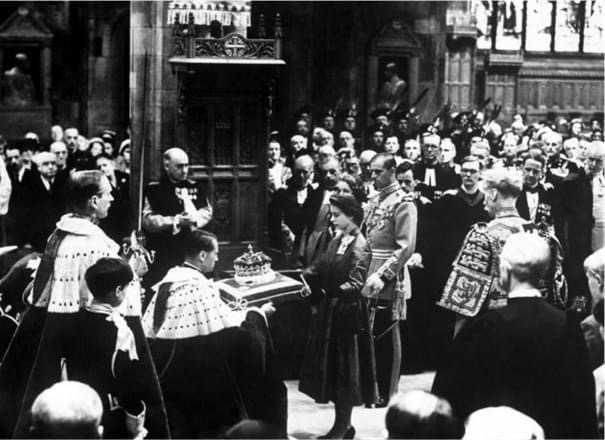 The constitutional position of monarchy being paramount ensures that even when we eventually secure independence, England’s Tory ministers will still be able to interfere in Scotland’s affairs, abusing the constitutional principle of ‘Crown-in-Parliament’. The elephant in the room is the Act of Settlement 1701 which requires that before any part of the realm amends the succession, it must first gain the agreement of other parts of the realm – but that law was passed before the Acts of Union.

A reasonable commentator wouldn’t contest that the majority of independence supporters are in favour of Scotland being established as an independent republic. However, while the unelected head of the Church of England and their appointed hierophants can call in, inspect and revise proposed legislation before it is even debated, the idea that a written constitution guaranteeing equality of rights before the law can be produced is, unfortunately for Scots, laughable. Quite simply, Scots must flush this princely exceptionalism from our political system before we begin creating our independent parliament.

Even the most intelligent commentators still discuss politics as though the United Kingdom is a democracy, when the reality is that all voters are doing at UK elections is deciding who gets to wear the Comfy Slippers and occasionally, promote themselves to positions with bigger wigs and bucklier shoes. If it is not only a fact that we are unable to choose who is our Head of State but that constitutional law explicitly prohibits a debate on this change then we are not a democracy, especially when the ‘upper’ chamber includes bishops representing (a version of) a faith that is not our own (at least in Scotland) able to speak and vote, as on Friday, about voluntary end-of-life.

There is no better time to attain the goal of establishing Scotland as an independent republic with an end to the feudal system than on the death of the current monarch, Elizabeth.

In contradiction to the leaked plans known as, Operation London Bridge, the ISP believe that there should be no investiture, coronation or recognition of any new monarch in Scotland without there first being a referendum to approve the succession.

Historically, we have never before had a situation of the sort we face now: a change in monarch with parliaments sitting in both Edinburgh and London. Though monarchists contend that sovereignty is held by Crown-in-Parliament, by holding a referendum to demand an elected Head of State, Scots would not only be challenging laws created at Westminster before the Acts of Union but side-stepping the issues which have so far divided the independence movement enabling us to unite behind a single, profound idea: the people of Scotland alone are sovereign.

When Boris Johnson attempted to prorogue parliament, (‘Joanna Cherry QC MP and Others v The Advocate General [2019] CSIH 49), The Supreme Court ruled the prorogation unlawful: “not because of the terms of the Claim of Right 1689 or of any speciality of Scots constitutional law, it follows from the application of the common law, informed by applying ‘the principles of democracy and the rule of law (Moohan v Lord Advocate 2015 SC (UKSC) 1, Lord Hodge at para [35]).”

“The principles of democracy”: in other words, The Supreme Court would be directed by what ordinary people decided. By calling for a referendum, ISP are doing no more than requiring that laws first proposed during the Glorious Revolution in Scotland, when the Scottish Privy Council summoned the Convention of Estates of 1689 to determine the throne of Scotland, are honoured. The Convention concluded proceedings by offering the throne to William and Mary, after adopting the Articles of Grievances and Claim of Right Act 1689, and transforming itself into a full parliament, so Unionists have no room to complain that we are asking for anything unusual. What we are insisting on is that before any MSP – or other elected official in Scotland – give an oath to a monarch, that they first ask us – the sovereign people of Scotland – if that is our wish.

If we’ve never before had both parliaments, in Edinburgh and London, consider the succession of the monarchy, it should be cause for Unionists to be shouting from the rooftops about how strong and stable is the magnificence that is the House of Windsor – aside from the affairs, divorces and xenophobia. But consider this: if it were not for the Claim of Right Act 1689, which remains a foundational document of constitutional law in the United Kingdom, there would not have been a parliament in Edinburgh to pass the Act of Union 1707. As The Supreme Court has indicated, we are requiring no more with our proposed referendum than that: “the principles of democracy and the rule of law” be met.

Too often, we have been fighting against a hostile media, political parties directed and funded from London, suspicions of the motives of our own government in Holyrood, and the self-doubt of many of our fellow Scots, in trying to bring an end to rule by the parliament in London but it’s long past time we all re-considered our strategy on such an unequal battlefield.

Rather than the independence movement have to continue explaining central banks, currency, the benefits of European trade, and so on, which other pro-independence movements in the Commonwealth, let alone Europe, have never had to do in such exhaustive detail, let us much more simply and directly instead force England’s Tories to sell the idea of a popularly-elected First Minister bending a knee to Charles, a Prince of Wales, unpopular even in Cardiff.

If you can imagine Downing Street having to rely on the Orange Order selling the concept of royal superiority to a people wondering why they have to pay so much for electricity when we export so much to England or why carbon-capture at Peterhead is ruled-out in favour of Liverpool let alone why we have food banks in every town, you can understand how this would prove a much favourable ground for winning our independence.

The feudal system should have long ago been scrapped but it reveals that the words ‘United Kingdom’ are more than just historical baggage: they are the truth (and goes some way to explain why we can never define which is the nation and which is the country – Scotland, England or the United Kingdom). If we Scots have to continue enduring the tumorous yoke of monarchy, let us tear back the curtains of deceit and show our prison for what it is.

And herein lies another advantage to the current Scottish Government: why is our elected First Minister curtsying to someone chosen by privilege of birth? Why is an Ayrshire lass still bowing in the twentieth-first century to someone whose claim to monarchical authority rests on her predecessor’s historical abuses of land and people epitomised by the ‘Commissions of Justiciary’?

By choosing an elected Head of State, there could no longer be a ‘United Kingdom’ and immediately all the functionaries of the monarch would be removed from our parliament. Access revoked to all procedures, legislation, payroll, pensions, systems, ministers, committees and duties in line with the stated aims of all Scottish parties seeking to pass legislation reforming land ownership and lobbying, and improving our land in line with a Green New Deal economy. Also removed would be the practice of King-in-Council which currently gives ministers in London’s Tory government the ability to overrule the laws of all devolved nations that they don’t like with procedures alien to our own legal traditions: statutory instruments, an abusive power last wielded by England’s Tudor kings.

In short, it would be the beginning of real government in Scotland, chosen by us.

We cannot be a nation free to decide our own affairs again while we are ruled as a colony within a kingdom, especially while an unelected Head of State and their appointed minions act so continuously against the wishes of Scotland’s people, now and in the future. It is time to have an end to the monarchy and the peaceful birth of a constitutional democracy and to finally, reward the boasted notorious ‘purr of pleasure’ with our utmost contempt.

One final thought, especially in light of recent news of the Duchess of Balmoral. Assume that we simply run out of time and there is no momentum toward a referendum on the succession in Scotland. Assume also that MSPs go along with the proposed 10-day succession and at the next parliamentary session at Holyrood are expected to renew their oath to the monarchy then all Scots would immediately be able to see which MSPs are pro-independence and which are truly revealed for what they have always been.

No MSP bending the knee should be re-elected to our parliament or any elected chamber ever again.