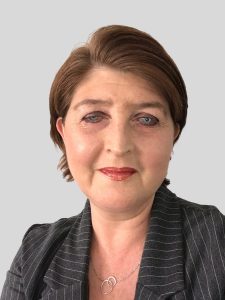 The sovereign wealth fund (SWF) has developed from an interesting idea to a global behemoth that dwarves private investors, even of the billionaire make. SWFs invest money from their citizens pensions and taxed resources in all areas of economic activity with the sensible expectation that they can use the innovation and skills of businesses anywhere to create a return for their funds. And having done so, they can use that money to enrich the lives of their investor-citizens. Since they are pooling the collective wealth of their country, they make the sort of investments which will return very serious money alongside an ongoing holding of the assets, ensuring prosperity in perpetuity.

Sovereign Wealth Funds usually take equity in the sort of companies that never fail to turn a profit, many of which have a GDP larger than most countries, and who are now so institutionally powerful that they can fund and create their own markets; companies like Apple, Google and Tesla. They take a part of existing infrastructure in any country open to investment. Water pipes, electric grids and telecommunications are appealing to SWFs since they are necessities that millions of people have to pay for either themselves or through taxation – adding to the cash mountain that many SWFs sit atop.

Emphasis for these financial giants is Return. They must make money. Pensions, mainly, are dependent on them, but so are other areas of government spending. They have been very successful in their aim: Norway’s SWF is now worth nearly $200 000 per Norwegian. With these sums, Norwegians can rest easy knowing that their superannuation and their standard of living is secure in their lifetime.

Parallels are always drawn between the Norway SWF and Scotland’s lack of a SWF. Despite less blessed with natural resources than Scotland, Norway has rationally leveraged their income to create an institution that has grown larger than the original resources that birthed it. Had Scotland done the same, then there would be a literal ‘embarrassment of riches’ for the country. Whether we do it angrily or wistfully, Scotland can only regret that 30 years have been lost since Norway showed us how to preserve and build upon a nation’s riches.

Yet it is not too late. Once again, Norway is showing us how. The world is changing towards an environmentally sustainable path for modern living. Anticipating the gradual decline of the old oil, gas and coal industries and what will supplant it is where more and more current investment is directed. Fossil fuels may be on the way out, but will only fully exit when there are realistic alternatives to power the conveniences now taken for granted. Owning that new infrastructure and what maintains it is the future of healthy dividends.

With this in mind, the Norwegian SWF is looking to start ‘greenfield’ projects. Previously, as noted, the emphasis was on profit, investing in what currently existed as it was safe and sound, predictable profit. However, there has been a shift, approved by the Norwegian parliament, to invest and build green projects from the ground up. It means that the payday might be some way off, but the SWF will own the sites and assets and all of the profits, giving the long-term security that SWFs aim for.

A Norwegian SWF can now fund and construct solar panels in Algeria, in the sun flooded Sahara, by agreement of course, or it can construct tidal power generators on the seabed of its fjords. Not only has Norway’s SWF stepped beyond the original source of its money, it has now stepped beyond the secondary source, building a future with, if wisely managed, investments doing the hard work of supplying government spending.

There is no reason why Scotland, although playing catch-up, cannot do the same. We will need to be imaginative, however, that’s always when things can get interesting. Scotland, at the moment, cannot range the globe like the Norwegians, picking-up and setting down multi-billion investment deals. It can start in its own backyard and creatively develop from there.

In Portland, USA, they have laid renewable energy water pipes. Water that comes out of people’s taps and then has to travel downhill, flowing through pipes with internal turbines which generate electricity. Presently, it’s just water pipes, yet why not drainage and sewer pipes (though someone else can repair a broken turbine in that one!)? Imagine Glasgow re-laid with electric-generating water, drainage and sewer pipes? Imagine extending such a network around Scotland with all its high raised reservoir in Scottish hills? It would be an ideal investment for a SWF in a strategic sector of the economy. No need to mention our abundance of tidal power, river power and wind power.

Scotland has missed the first generation of sovereign wealth fund success. It has missed the second wave too. There’s now an opportunity for a third generation: investing in the new green technologies that are coming and owning the infrastructure to provide ongoing wealth for Scotland’s pensioners and people. An independent Scotland would be improving lives and improving its future if it makes the decision to start a fund as soon as independence is achieved. Or before.

Here’s What You Could Have Won – The ISP Manifesto

Not making the same mistake twice

A Scottish Currency and Its Debt

There is No Alliance