This Week In Scotland – Week 01

A Happy New Year to Everyone from all at ISP 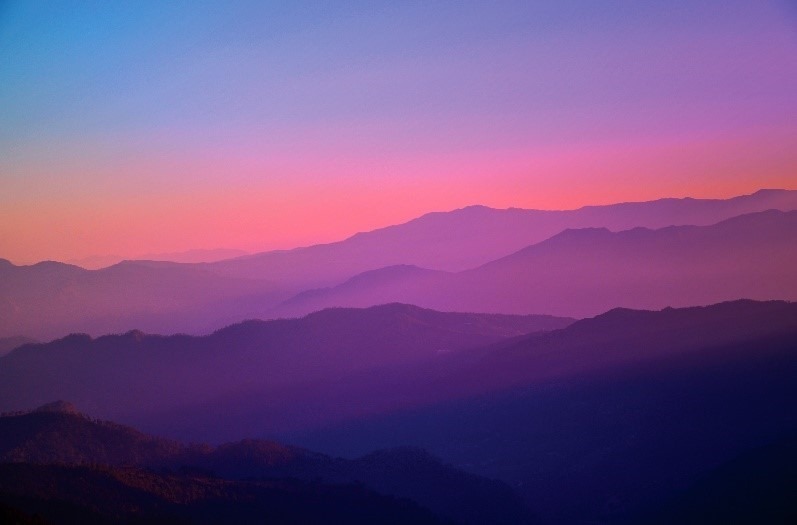 Chris Hanlon of the SNP suggested a third option be put on any future referendum question, or as someone put it ‘Yes’, ‘No’ or ‘Maybe’. He claimed that as this was the clear choice of 80% of the people prior to indyref1, it would be undemocratic to deny Scots this chance now!

There are a couple of big problems, though. What exactly is devo max? Is it total fiscal powers where Scotland keeps all its tax receipts instead of getting a block grant then pays a sum to Westminster for any remaining shared services? Aren’t we supposed to have devo max already?

Holyrood was supposed to be confirmed as perpetual after the Scotland Act 2016 (it was not), and we already have powers we could use with a supermajority via the same 2016 Act, like amending who can vote, changing the number of constituencies, calling a new election, or even abolishing Holyrood itself subject to referendum. The SNP refused to support ISP last May when we suggested using a supermajority. They will not support it now.

Hanlon foresees indyref 2 using a Single Transferable Vote (STV) which means ranking choices in order, 1,2,3. The lowest vote cast is eliminated and reapportioned to people’s second choice. But this may not change anything. Yes voters won’t want anything less than independence. No Voters won’t want anything more than we have. Yes and No may still be evenly split. Who would vote for Devo Max? Yes voters may put Devo Max 2 as an insurance to get something, No voters similarly in order for Yes not to get too much. Still a stalemate.

Given that independence support is now consistently at or over 50%, why he thinks this will appeal to independence supporters, or break the current logjam, is a mystery. But it may increase the No vote by default and allow the unionists to say support for the union has increased, when in fact it has decreased.

Of course, the big question this week has been Scotland’s constitutional future. Alba and others have proposed a Scottish Independence Convention to bring together all pro-independence parties, trade unions, churches, and other organisations, plus the Scottish people, to decide a way forward that all agree on and then to pursue it. Citing the sovereignty of the Scottish people as the supreme authority in Scotland, not the UK/English Parliament, they feel this may move things forward, via a Plebiscite election, Referendum, or even UDI (Unilateral Declaration of Independence).

Despite Theresa May’s pledge four years ago to act on delivery charges to Scotland, nothing has changed. Scotland may have paid up to £45m. in delivery charges which are either lower or non-existent the further south you go. Unfair charges are incurred in much of Scotland, with illogical cost differences between properties near each other.
Delivery charges are reserved to Westminster, but the UK cheekily claims it is up to the Scottish government to improve transport links instead, presumably by tunnelling through mountains!

As well as unfair charges, nearly one-third of Scots experienced delays and lost or missing parcels. Only 34% of those affected reported problems to the company, but if they did, 61% remained dissatisfied with the response. Ofcom is drawing up new guidelines, but the message is, if you have been affected, especially over Christmas, start complaining!

The Rosyth to Zeebrugge ferry

may reopen next year for both freight and passengers, restoring what was Scotland’s only direct sea link to Europe between 2002 and 2018. However, Transport Minister Graeme Dey gave no firm commitment to the project, saying it must be “commercially viable” to proceed.

A96 Inverness to Aberdeen

The current plan to fully dual the route is now in doubt, as it is subject to a climate assessment which is not due till the end of 2022. Transport Minister Graeme Dey said in November that climate concerns meant infrastructure would not be built ‘to cater for unrestrained increases of traffic volumes’, rather missing the point that it is a driver safety issue in an area where private transport is essential and public transport is patchy.

Not much good news for ordinary people so far this year. The Resolution Foundation predicts a £1200 hit for families from April this year, due to rising energy prices, predicted 6% inflation, the end of furlough and stagnating wages. Rising National Insurance and other taxes will add an average £600 annually to household bills. The lifting of the energy price cap adds £500 more, plus another £100 a year relating to energy firm failures. The poorest households will pay 12% of their income on energy, compared with 8.5% now.

In an energy-rich country like Scotland that is scandalous. Italy and Portugal have cut energy taxes and lowered the sales tax on household energy, and Norway will pay a third of its citizens’ electricity bills, but predictably the UK is doing nothing so far.

The number of people in Scotland on these contracts rose by 1100 to a total of 81,000. The UK government refuses to outlaw zero-hours contracts or end age discrimination in the minimum wage. The next opportunity is the Employment Bill which gets its second reading on March 18th. Scottish government guidance mandates that those bidding for public sector contracts do not use zero-hours contracts.

FairFuel UK has pointed out that UK fuel costs more than most other developed markets. Russian petrol prices per litre are 94p cheaper than the UK, with diesel 96p cheaper.

will be busy after Christmas. Mortgage arrears queries rose by 38% from last year. Lenders must fairly consider requests to change payments and should make every effort to reach an agreement, with repossession the last resort. If you need help, don’t hesitate to contact Citizens’ Advice on their helpline or in their local office. There will likely be something they can do.

The top query with CAS is Council Tax arrears but the Scottish government’s Council Tax Reduction scheme may reduce future payments and sometimes backdate a rebate six months. CAS have online tools for checking council tax savings entitlement, and also an online Money Map to help people boost income and cut costs. All CAS advice is free and there is never any need to pay for debt advice.

Go to www.checkmycounciltax.scot and www.moneymap.scot to see if they can help.

Compare the problems facing ordinary citizens with the Scottish-based peers who claimed almost £1m in allowances and expenses over 16 months during covid. Remember also that in 2021, Scots Tory MPs voted to scrap the £20 Universal Credit uplift and the pensions triple lock; voted for National Insurance hikes which will hit the poorest most and will kick in before the lowest tax threshold; voted to criminalise those who aid refugees (the Nationality and Borders bill); cut International Aid, and cut the tax surcharge on bank profits by over 60%.

Research published in the Proceedings of the National Academy of Sciences of the United States of America has proved what some suspected, that Twitter algorithms promote right-wing views over left-wing ones, using a “ranked timeline” (as opposed to a “chronological timeline”). Studying Westminster MP Twitter accounts, they found Conservative views amplified by 176% compared to Labour and the SNP, which were amplified around 112%. Of other developed countries studied, only Germany amplifies left-wing voices more than right-wing, and then to a lower degree. Whether a right-wing government was in power or not, the results were the same.

Brexit rules hit fully from 1st January 2022, with the ending of the grace period, meaning customs declarations to HMRC and tariffs must be paid immediately, and more paperwork must be produced, including veterinary certificates, Rules of Origin regulations will be enforced to ensure preferential tariffs. Northern Ireland has slightly more leeway meantime, but from July 1st the Safety and Security Declarations on goods’ entry into another country will add to the problems.

Loch Fyne Seafarms are just one venture seriously affected, having lost 60% of their European trade, with increased travel times for produce meaning their shellfish has even arrived dead at its French destination. Groupage services for smaller firms to share shipping costs have increased the cost per pallet from £50 to £500. Loch Fyne have cut the number of staff from 22 to 13, have given up on Europe altogether and are now looking to the Far East to recoup the lost market. Many other exporters have a similar story.

Millionaire Lord Gage has had several large potholes on his land fixed courtesy of the UK’s Getting Building Fund, part of the £4.8bn Levelling Up Fund, which aimed to help repair infrastructure neglected in the pandemic. The recipient was Charleston Farmhouse, an independent museum and art gallery, which applied for the funds, but Lord Gage owns the drive. The museum claims the repairs allow greener access and recovery and growth of the area’s creative economy.

Thankfully for Lord Gage, the Levelling Up Fund agreed that the millionaire need not finance his own driveway. You and I can.