Statement on Invasion of Ukraine 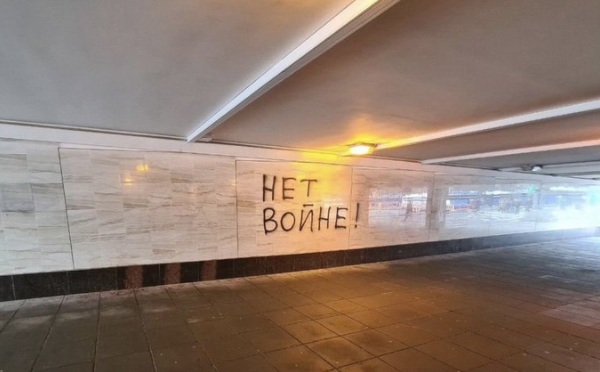 We are all anti-war. No-one enjoys burying those we love or worse, knowing that beloved sons and daughters, nieces and nephews, will never return from foreign fields. Unfortunately, we do not live in a world that respects our wishes and preferences, our hopes and our dreams.

The people of Russia are as much victims of the Moscow oligarchy and what could potentially befall eastern Europe in the coming weeks, as the people of Ukraine. Neither the people of Ukraine nor the people of Russia are in a position to change things but in the other nations of Europe, we enjoy freedoms that are not afforded to most across our planet and we have abused this privilege with our callous indifference both to the actions of our own governments and those individuals in Moscow who have remained too cowed since the invasion in 2014 to act on behalf of their fellow countrymen.

Russia and Ukraine are both nations with wonderful histories and vibrant cultures, still growing and responding to the world around them as we all do. The people of both nations are freely offered not only our friendship in Europe but our respect.

But we continue to abuse our privilege even now by failing to act against the government of Boris Johnson in London which continues to enjoy the patronage of those oligarchs who have benefitted from the tax avoidance industry that is The City of London, an industry that has singularly done more damage to what was once ‘Great’ Britain than all the Luftwaffe’s bombs, most recently causing at least five times the number of casualties from Covid thanks to Tory callousness than in all the years of the Nazi Blitz. The financial industry, initially founded upon Scotland’s oil wealth, has put affordable homes, childcare and schools beyond the reach of most working people but has like a cancer, eaten through our economy as London’s accountants and lawyers got rich on the oil-wealth of Russia’s people. We – the people of Britain – allowed it to happen and worse, knew it was happening: when, in 2018, NATO members gathered at an emergency summit to discuss sanctions in the wake of the Salisbury poisonings, Johnson left that meeting – and his security detail – to fly to Italy to meet a former KGB General whose son he ennobled into the House of Lords.

We continue to abuse our privilege when we complain about climate action that temporarily holds up the traffic in our cities, ensuring that governments will continue to resist changing to the renewable sources of energy we have in abundance and which would have ensured Putin had no leverage over our democracies, a leverage that will now diminish much more rapidly as European voters wake up to the mortal threat to our children’s futures.

We continue to abuse our privilege when we enjoy peace, while those who want to enjoy the things we have taken for granted for so long must instead move their children across country away from the artillery bombardment by those threatening – or at least not withdrawing – the capability of lethal force.

We also continue to abuse our privilege when we do not learn from history.

Too quickly, the grotesque ignoramuses who fill our TV screens each evening, pretending expertise on eastern Europe talk about ‘Munich’ and ‘appeasement’ but none so far have made the obvious comparison between Stalin’s language prior to the invasion of Finland and Putin’s caustic maw. If the people of Ukraine appear to be over-reacting before the Russian military began the full invasion, ask them about Holodomor. When they tell you, you’ll know how it came to be that Russian families came to be in Donbas. It was the Soviet Lebensraum, a vision of Russian Empire 2.0 reasserted by Putin in his rambling monologue, amounting to little more than a determination to turn back the clock on eastern Europe choosing the rule of law and democracy. There’s a reason why nations formerly occupied by the USSR are cleaving to NATO and it’s not because the FSB offers free trips to Black Sea resorts and no amount of Newspeak by RT can persuade us otherwise.

We know what militarism and imperialism look like. Britain, the United Kingdom, has often been the conqueror and warmonger in the past and we Scots have historically been the willing enablers of slavery and butchery. We want the freedom to choose otherwise because Britain has been the invader more recently too. It didn’t matter that more than a million of us marched against the invasion of Iraq, it was undertaken on a false pretext by those who should in the fairness of time, face war crime tribunals themselves rather than pretend they are in a position to lecture Putin and friends today from the podium of the great enabler, the BBC.

When we encounter someone in distress, we do not interrogate them at length on their political views or whether they have properly insulated their homes but instead offer our help and offer the use of whatever they need of us, including our friendship. This is not because we remember the lesson of the Good Samaritan, it is because we are human and collective responsibility is the singular triumph of our species.

We have the freedom to speak, where the people of Russia do not. We have the freedom to act, where the people of Ukraine can now only fight or flee.
And yes, we must talk and yes, we must commit to sanctions that will hurt our own economies far more than the oligarchs who we hope will one day be in a court with the autocrat they sponsor, Vladimir Putin. But if we have all learned lessons from our childhoods, it’s that we do not accommodate bullies.

To speak of listening to Russia’s security concerns as tanks, artillery and Spetsnaz are ordered over the border into what is legally a sovereign nation, is to invite the same being done to other nations. We have surely learned that by acquiescing to this behaviour, we are inviting it again and again, along a thread that leads from the Sudetenland to Poland to Norway to Finland to France and more recently, Palestine, Yemen and possibly, in the future, Taiwan.

Here in Scotland are a people who hope to one day be independent and are yet being called on to rally to The Butcher’s Apron for a government in the pay of Putin’s friends, to commit once more to another imperial task in a year of royal Platinum Jubilee on behalf of Her Majesty’s Government…

We are tired. We are sick and tired of our sons and daughters being returned to us broken, to be reduced to addictions and homelessness, to a rate of criminal incarceration far higher than if they had stayed impoverished civilians. Yes, we should commit to peace. Yes, we don’t want to fight but yet, we have the freedom to speak, to vote and to act. This is what democracy is.

We may not agree with who is chosen, even from among our own people but the true power of democracy is the right and freedom to change things for the better when next we can and that is why we must support the right of the people of Ukraine, the poorest nation in Europe, to choose a different path tomorrow. We are told by Putin’s allies that the Ukrainians are fascists but can you point to any nation in Europe that is not now grappling with the forces of populism? The ranting of RT is simply a racial slur against a whole people who in 1992 voted overwhelmingly for independence, a people who sixty years before had suffered Holodomor, the ethnic cleansing of Ukraine by deliberate starvation. The real fascist now is the one who sits in Moscow, leading a regime that will not tolerate equal rights, homosexuality, and the challenge to his authority, especially from a sovereign Ukrainian people and the government who they’ve chosen in elections to represent them.

Recent history shows that fascists rise when we do not challenge the insidious cancer of oligarchs interfering in our governments, corrupting our ways of life, turning us upon each other when the real enemy remains the same all over the planet: poverty.

If the people of Ukraine are imperilled now, it is because we did not exercise our privilege and freedoms before. While we aspire to be a true and representative democracy here in Scotland, free and independent, a nation that can stand on her own or with friends, we Scots should consider that when talking fails, when threats of sanctions and economic harm fail, we – and worse, yet our children – may have to fight or at the least, support those who do. But the Ukrainian people haven’t asked us for this: all they want is the supply of material to help them fight and support for their economy. We can surely manage that even as we shiver through the winter.

The prospect of what is happening today terrifies us, but we are fortunate because we are not in Ukraine nor in any of those nations Putin has said he will bring under his control. As good Samaritans, we must help where we can but afterwards, we should not go on quietly as before.

The enemy is here. It is in London. It has been in the employ of foreign capital so long that it has grown lazy, it has become complacent, quaffing wine in the gardens of our
government – the British Government – even as our loved ones lay dying alone and a billionaire Chancellor decided how little working people should be supported as his millionaire friends shilled us for billions.

The Tories haven’t’ spoken for us in Scotland since they last won an election here in the Fifties and they no longer appear to speak for our friends in England. This Tory fraternity should never again pretend that they speak for anyone but their oligarchic, tax-avoiding friends, especially if we must fight. If there is war, there must be trials after and the Tories – and their Russian oligarch sponsors – will find nowhere to hide on this Earth, our beautiful home.

We are all anti-war. We are also very, very angry. We will do what has to be done, when it has to be done then finally, we must turn our attention to deal once and for all with those who claim to lead but who have failed us far too often.

1 thought on “Statement on Invasion of Ukraine”

Scotland for Sale, Green Incentives +a Not so Just Transition