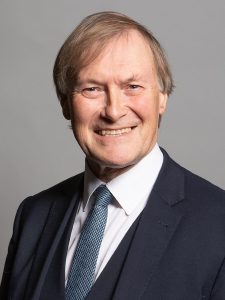 The first rule of politics is to turn up. More than anything people want your presence. They want you to be amongst them, to see what they see and feel what they feel. It’s one thing speaking on people’s behalf in a debating chamber, but the real rockface of politics is the politician’s constituency. House of Cards has an entire episode on this where Congressman Francis Underwood leaves Washington in the middle of a huge bill going through the House of Representatives, to attend to a situation that has blown up in his home town. Those around him are baffled by his priorities, but anyone in politics understands this. It is not the grand palaces of representation that are a politician’s first concern, but the constituency. That is the soul and centre of democratic politics and the connection point is the surgery. And it is becoming a dangerous place to be.

Yesterday Sir David Amess was stabbed to death in a shocking attack in Leigh on Sea in Essex. As someone who has been an elected councillor, this hit home particularly hard for me. I spent the rest of the day feeling sickened and sad beyond words. We all know it’s a risk. We do due diligence; we pick locations where there is someone in attendance. We sit nearest the door. Occasionally I would swap out a constituent with a male colleague depending on the situation. You are more exposed still if you visit a constituent’s home. Yet still, we do it. It is a matter of professional pride and the elected members that don’t do regular surgeries, that don’t visit and that don’t regularly show up in their constituency are roundly despised by us. We will often send a case on the quiet to our opposite number who is diligent, rather than to a party member that is lazy.

It’s a relationship with the constituent based completely on trust. People will speculate over the next few days what could have been done, but the truth is there is no armour against this kind of attack. If you elect to do surgeries in person and if you advertise a time, date and place where you are going to be, that is the risk you take. And that is the thing that saddens me in particular. Not all MPs attend their surgeries; many of them send their PAs to do it now. Sir David was an MP that turned up in person to do this and that tells me all I need to know about what kind of MP he was. That, and the shock of his constituents struggling through tears to say what they felt. That compact, that trust is broken and those MPs resisting the move towards third party management of surgeries are increasingly under pressure to comply.

There is a deeper tenor to this attack as well. It has been expressed as an attack on democracy, but let’s be clear about what that means. Democracy is the rejection of violence as a form of negotiation and the acceptance of discourse, debate and ballot box as the proper form of governance. This attack represents all that we are not, all that we should not be as a democracy. Yet over the past while, our politics has taken on an edge of violence. There is a coarseness and vulgarity in what passes for debate. Social media is particularly rank. In tandem with that, three MPs; Stephen Timms, Jo Cox and Sir David have been attacked at their surgeries since 2010. Two of them have died. Maybe, over the next few weeks and months, we should reflect on this and whether this has contributed.

In the meantime, our deepest condolences go to Sir David’s family and friends. All of us who take part in politics will mourn him because regardless of political colour, he was one of our own.