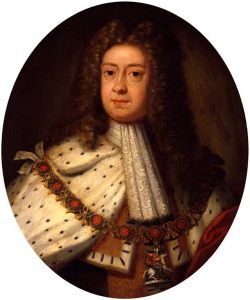 In the article, ‘Purring With Displeasure’, I last week described how we haven’t faced a situation where two parliaments are sitting, one in Edinburgh and the other in London, when a succession of the monarchy takes place.

Those who’ve read a little history probably choked a little and asked: “But what of Queen Anne?” I suggest those folk go back and read the Act of Settlement again. Her succession had already been agreed when her older sister, Mary II – and brother-in-law, William – died without children able to claim the throne which is how Anne comes to be crowned on 23 April 1702, St George’s Day.

The reason why this period can continue to inform how Scotland plans for the future is that the interesting stuff happened when the parliament in England decided on a successor to Anne without first agreeing with the parliament in Edinburgh. In choosing Sophia, Electress of Hanover, the English decided they would rather have had the Germans rule them than a descendant of Scottish monarchs which merely demonstrates that some prejudices run deeper than a Gary Robertson segment on BBC News.

The Estates of Scotland, the parliament in Edinburgh, wanted a more direct descendant of Charles Stuart and were perhaps mindful that in her very first speech to England’s Parliament – Anne never visited Scotland – she proclaimed that a union between England and Scotland was her priority.

It perhaps wasn’t a good idea then to become involved in the War of the Spanish Succession on 4 May 1702 not a month after being crowned. This war was unpopular even in England but saw the Scots declared against their traditional allies, the French, on the side of the Habsburg Archduke Charles of Austria and the Dutch.

Ireland had already been made subordinate to rule from London by the Act of Settlement, 1701. Wales was already part of the kingdom of England, so laws passed in London had to again be passed by the parliament in Edinburgh – and theoretically, vice versa. Though laws passed in the parliaments of England and Scotland required the approval of a monarch – as they do now – Scotland’s law-makers were canny and knew that there could again be an issue with succession. Perhaps they also had one eye on a door marked ‘exit’. Wary about being co-opted, colonised or otherwise treated with disdain as their cousins in Ireland had been, the Scots passed the Act of Security which gave the Estates the power, if the Queen had no further children, to choose the next Scottish monarch from among the Protestant descendants of the royal line of Scotland.

The problem, as is usually the case with any legislation, was the attempt at blackmail by including other pressing concerns into that legislation. The Scots would only agree to a monarch who sat on the throne of England if Scottish merchants were given full freedom to trade.

The central issue then – as perhaps now – is that though Scotland and England shared a monarch, they shared little else. The Scots were prohibited from pursuing their own trading relationships with traditional allies such as France – they were enemies of England – but could not access the markets that England claimed for itself. Then – as now – there were few nations that England had not irritated. Quite simply, Scotland was slowly suffering because of trading decisions made in London.

At first, Anne refused to sign the Act of Security into law until the Scots threatened to withhold their supply of troops for the war in Europe (and as the Battle of Blenheim was to show, England needed lots of troops). She had to give in but in 1705, the parliament in England responded by passing the Aliens Act which threatened to impose economic sanctions and declare Scottish subjects aliens in England, unless Scotland either repealed the Act of Security or moved to unite with England. Rather sensibly, Scotland’s legislators chose the latter: we could either accept England’s choice of monarch or we could starve but it’s interesting that when the Act of Union was signed in Scotland’s parliament in 1707, it had to be escorted under heavy guard to the border because ‘the mob’ was trying to destroy it. In other words, though our own parliament had sold us out, our ancestors preferred to starve and endure the wrath of England than be part of the ‘union’.

The legacy of this union was clear on the death of Anne on 1 August 1714: she was succeeded by a German who couldn’t even speak the language of the country that had made him king. Rarely mentioned, of course, are the riots which took place in England in 1714: it turns out, .

We have a choice now: we can either believe the lie that we need England’s permission for a referendum or we can finally take our fate in our hands. Let’s dispense with arguments among ourselves about a legal route to independence and accept that as existing laws and historical legal precedent are there, we should use them.

We were told quite categorically that if we voted to leave the United Kingdom in 2014, we would be out of the European Union and would have to re-negotiate every single trading relationship with every nation we wanted to continue trading with. We’ve now been pulled out of the EU and thanks to poor government planning and a willingness to sell the ‘family jewels’ – energy, water, NHS and care services – to global tax-dodgers, essential supplies are short, untreated sewage runs through our rivers, poisoning our land, and many, many other Tory ills.

But if we have learned one thing from the last five years, it is that Scotland should not fear upheaval: we can endure and we do. Compared to shortages on supermarket shelves, unnnecessary increases in fuel bills for a nation that is a net exporter of energy, to say nothing of increases in the cost of living, the stench from walks by rivers and lochs that even publicly-owned Scottish Water are polluting, voters would see no difference in their daily lives as a result of a ‘constitutional crisis’ in the instance that MSPs refused to endorse a succession but instead demanded a referendum – held on our own terms – for the future of monarchy… and therefore, what we’re told is a ‘united’ kingdom.

By smashing the so-called United Kingdom, we would be doing our friends in England and Wales an enormous service of friendship in ripping down the veil of nonsense, bluster and blinkered know-nothingness that passes for political current affairs today. Uniquely, given the respective history of the peoples of these islands, we Scots are the only ones in a position to do this which is perhaps why Operation London Bridge is supposed to be initiated, carried forward and concluded within just ten days.

If there are still voters who believe that a monarchy is anything but symbolic in the United KINGDOM, they should ask themselves why the level of preparedness for placing a prince on a throne is so much more thoroughly detailed and micro-managed than was the lack of pandemic preparedness in 2010.

As far back as 1999, a nationwide two-week exercise was conducted to test resilience. This exercise was observed by staff sent from South Korea and Singapore, among other nations, who then subsequently used that same planning to better protect their populations. The UK government didn’t and couldn’t follow their own guidance because the Tories had privatised the response capability and in so doing, have killed more of our civilian population than were killed in six years of aerial bombing during WWII.

The monarchy matters to England’s Tory government and that’s why every ‘T’ has been crossed and every ‘Aye’ thoroughly compromised.

For Scottish voters, the true test of their elected representative’s loyalties is coming and it will be public: refuse the oath and we’ll embrace you as truly one of our own. But give an oath to England’s new king with the muttering of excuses about ‘having to represent all the people’ and you will have been exposed for the liar and the fraud that you have always been – and worse, how you’ve hollowed out our politics.

and councillors, consider yourself warned: elections are always coming up and Scotland’s people are watching.